In the latest update to the Scrum Guide, Ken Schwaber and Jeff Sutherland have added 5 Scrum Values, which are:
You can read the official press release here.   Let's start with the positives: It's good that the Scrum Guide is updated when necessary, and it's good that Schwaber and Sutherland take into account user feedback about what should be changed (it wouldn't be very agile to do otherwise, one might think).  It's also good that the 222 people who voted for the "Add the 5 values in" suggestion got what they wanted, as they are presumably highly engaged with Scrum and are therefore important ambassadors and evangelists for this framework that we know and love.

Gunther Verheyen has a good piece on his blog about the 5 values and why he thinks they're a good idea.  A key section reads:


"[The 5 values] relate to the ethics of Scrum, thereby - from a social point of view - turning Scrum into a value system. Although not invented as a part of Scrum, or exclusive to Scrum, these values give direction to our work, our behavior and our actions."

Gunther goes on to provide some detailed notes about each of the 5 values and how they guide actions and behaviours.  It's well worth reading and I'd encourage you to do so, especially as he seems to have enunciated a general feeling amongst proponents of the 5 values about what the values are intended to do, and how they are expected to drive the behaviours of the team.

I'm struggling to see the value of these 5 values, despite the admirable analysis from Gunther and many others (I'm using Gunther's article as a representative of this type of analysis because I think he's provided something of an exemplar, not because I want to pick holes in his work specifically).

There are 7 main reasons why I think these values overstep the remit of the Scrum Guide.  The most obvious one is:

These values will be great for anyone who makes a living out of training or consulting in scrum, because they're vague enough to be endlessly analysed and written about without necessarily adding anything - ironically - of value.  This makes them an ideal subject for another day's expensive training, as well as extra consultancy fees for analysing your company's culture and explaining how the Scrum values could really, really help.  Would anyone be really surprised if training/consultancy companies started offering Scrum Values courses at a large amount of money per attendee?  No, me neither.  I'm sure that Schwaber and Sutherland genuinely believe that these values are an important addition to Scrum, and in their rarefied atmosphere they might well be right, but on the ground I can't see this being useful or beneficial at all to most teams.

If you want to change the attitudes and behaviours of your team members, you don't have to be a psychologist to predict that "values" are not going to have this effect.  Try coaching, mentoring and, yes, managing your staff to help them get where they need to be.  Don't rely on an arbitrary set of values in a development framework to do that hard work for you. 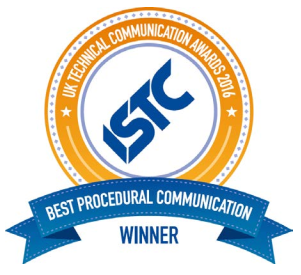